We had great fun in English this morning at the Jardins d'Orgères!

We met George the frog, discovered how he became a frog (egg - tadpole - frog) thanks to a nice story told by Nicole. Then we walked to the field and discovered the different vegetables and fruits from the garden. We picked nice baby and big tomatoes, then strawberries and raspberries. We ended our little journey by listening to another nice story of The Frog Prince, ate what we had picked, had some nice natural apple juice, and received a colouring book of The Frog Prince story as a reward. And that's it!
Thanks to you all and to Nicole :) 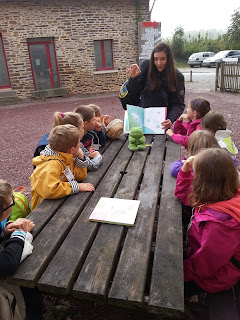 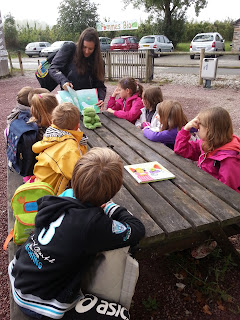 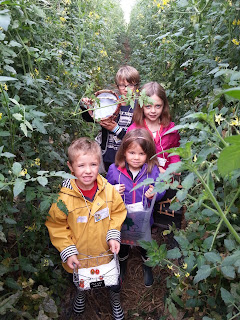 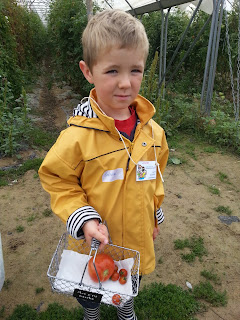 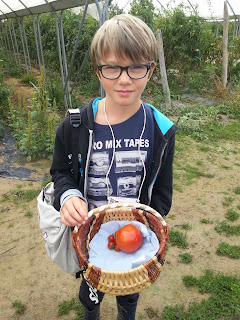 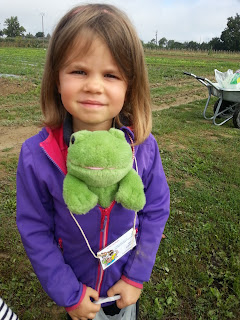 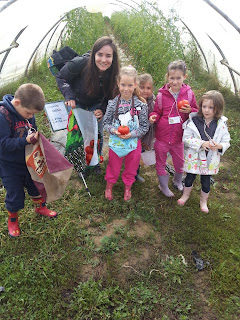 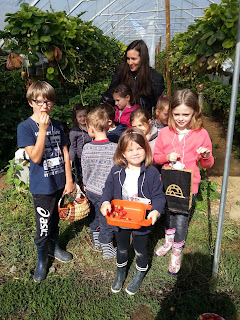 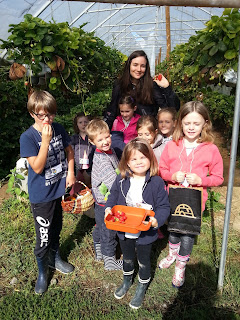 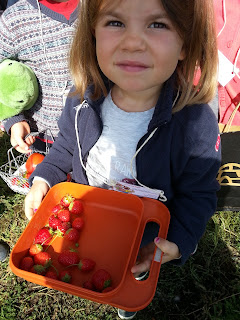 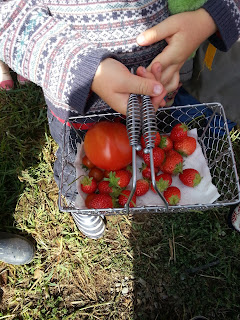 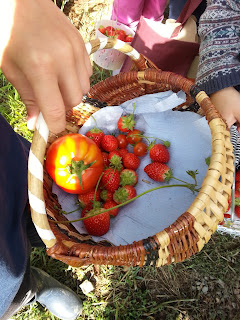 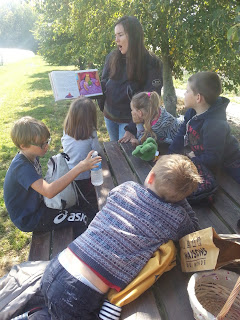 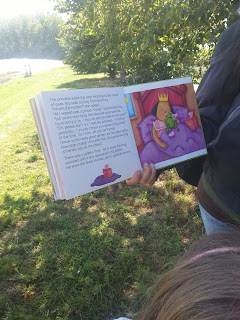